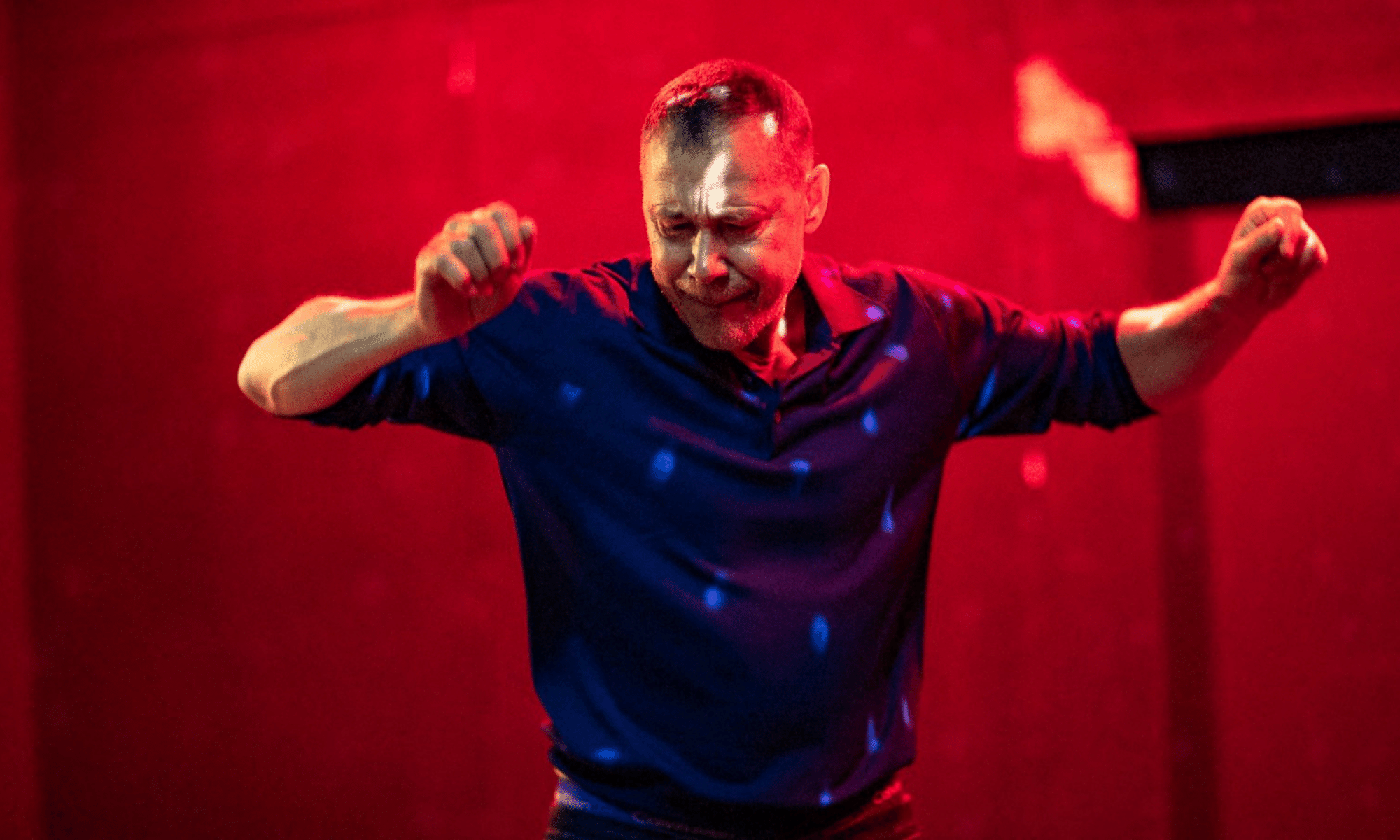 “My recollections are of what didn’t happen”

To not be that man however I liked Hans Kesting first 😉 From the very first time I noticed him in 2009 within the spectacular Roman Tragedies (with a damaged leg), I declared him my Finest Actor of the 12 months and ever since, I’ve sought out as a lot of his work as I might see as a part of the peerless Internationaal Theater Amsterdam ensemble. That inventive relationship with Ivo van Hove is one which has labored a lot magic and so this solo present feels an inevitable end result.

Who Killed My Father is an adaptation of Édouard Louis’ 2018 blistering autobiographical novel, inspecting Louis’ fractious relationship along with his father. Rising up homosexual in northern France was no small feat (as already explored right here) however in a family dominated by the violence of his racist and homophobic father, the shadow of poisonous masculinity and sophistication inequality looms massive over these complicated household dynamics.

The brutality is commonly breathtaking and to name Kesting’s work in embodying each son and father a tour-de-force doesn’t really feel sufficient, particularly when you think about he’s not even performing in his mom tongue. The wrenching anguish of the son is deepened by its proximity to the brusqueness of the daddy, the depth of each virtually shattering of their acuity. However it’s not simply emotional poverty at play right here, there’s bodily poverty too resulting from an industrial accident.

The play is rather less surefooted late on, in the way it shifts its focus from private to political in an effort to tackle the institutional failures across the poor and disabled. The heavyhandedness of the message blunts the final word sharpness of the manufacturing however in some methods it’s virtually a aid from its harrowing depths. Jan Versweyveld’s lighting and design provides to its painfully beautiful starkness, sparse but crucially detailed, that is theatre at its greatest.

Working time: 100 minutes (with out interval)
Photograph: Jan Versweyveld
Who Killed My Father is reserving on the Younger Vic till twenty fourth September