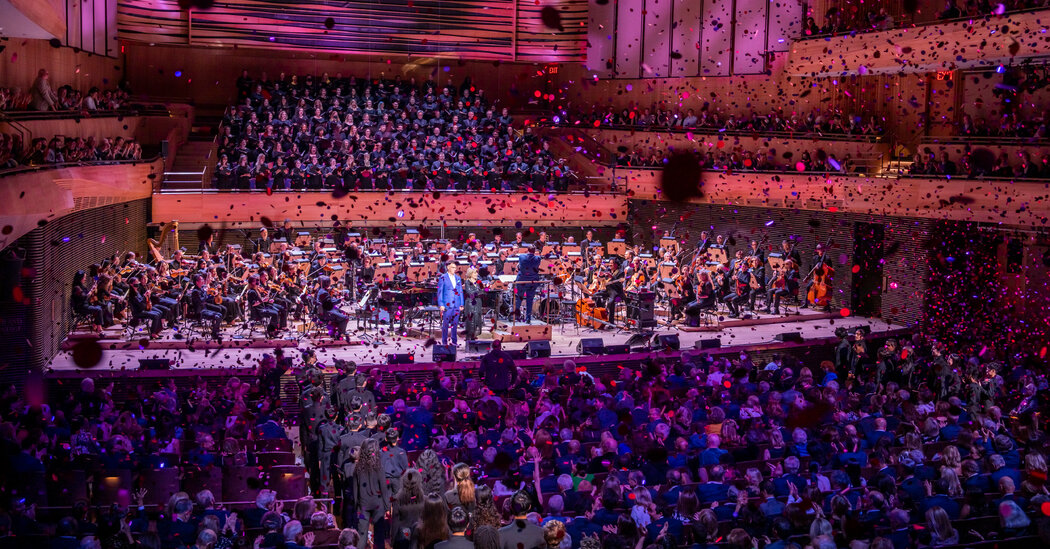 
Weeks of performances underneath the Philharmonic’s music director, Jaap van Zweden, had begun to type a portrait of Geffen’s sound: clear, clear and adroitly balanced, however slightly colorless and funky, even chilly. Comfortable passages glistened, solos popped, and there was a palpable sense of the bass frequencies that had struggled in earlier iterations of the corridor. Decreasing viewers capability by 500 and pulling the stage ahead to let seating encircle it resulted in a much more participating expertise.

However particularly when the taking part in was loud and densely massed, the readability muddied, and there was little sense of the enveloping richness that is among the nice joys of listening to an orchestra reside. The music blared at your face when it ought to have surrounded you.

There was interesting intimacy and appreciable heat on Wednesday, although, in an account of Mozart’s Piano Concerto No. 22 that featured Yefim Bronfman — a veteran too usually taken without any consideration — taking part in with lucid, light eloquence. He was the primary actual, acoustic concerto soloist within the new house, and he was a gallant associate; the piano, correctly, sounded someplace each inside and in entrance of the orchestra. Within the gradual second motion, silky, misty strings made a poised counterpart to familial interaction within the winds.

Van Zweden, as in his breakneck second motion in Beethoven’s Ninth, pressed the third-movement Allegro of the Mozart a couple of shades previous consolation. You get the sense that he thinks this type of breathlessness transmits pleasure, but it surely comes off as harried somewhat than thrilling or witty.

His briskness can bulldoze eddies of feeling. Just a few moments earlier than the tip of the Mozart, the rambunctious temper all of a sudden shifts for perhaps 10 seconds of wistful sublimity. The passage is over earlier than you already know it, whisked again to a spirited rondo, but it surely epitomizes the piece’s — and its composer’s — mixing of the jovial and aching. Van Zweden zipped by way of it to the ultimate bars.

And in Bruckner’s Seventh Symphony, his prioritization of lyrical circulate — general, a welcome sense of naturalness from a conductor higher identified for punchy climaxes — pressed the Adagio barely too quick to permit for the constructing of what will be excruciating depth. The Finale was, unusually, extra shifting, with its seesawing between peace and conflict; in van Zweden’s easy, happy-minded rendition of the work, neither too heavy nor hectoring, it was no shock which aspect ultimately triumphed.