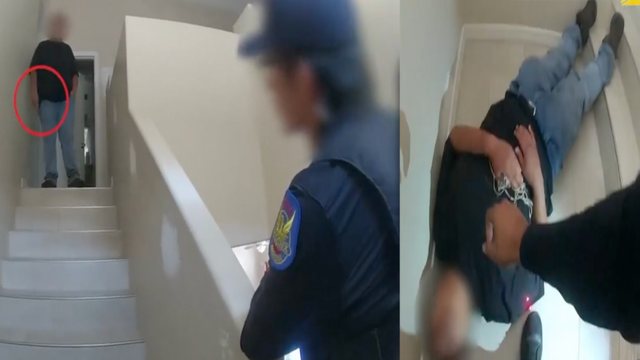 
PHOENIX (3TV/CBS 5) — A suicidal man is lifeless after he got here at officers with a knife and wouldn’t drop it, so that they shot him on Tuesday morning, Phoenix police mentioned. On Thursday, he was recognized as 22-year-old Matthew Begay.

Officers had been known as to a gaggle home-style psychological well being facility south of 111th Avenue and Camelback Highway round 10:30 a.m. on Tuesday. Phoenix Police Sgt. Brian Bower mentioned Begay was threatening to kill himself by chopping himself or leaping out the window.

When officers arrived on the two-story residence, they began to speak to Begay on the prime of the steps. Bower mentioned the officers talked to him for greater than quarter-hour attempting to supply assist. The person wouldn’t come down from the steps and he wouldn’t let officers come up, Bower mentioned. There have been a number of different folks on the second flooring.

Begay then reportedly pulled out a knife and began going towards the officers, who advised him to drop the knife. Bower mentioned one of many officers used a stun gun, however it wasn’t efficient. The person took one other step down towards the officers with the knife, so the second officer opened fireplace, hitting him, Bower mentioned. He was taken to the hospital the place he later died.